The Reel, Union Place, Plymouth originally opened as the Royal in 1938, on the site of the early 19th century Theatre Royal. It was built for Associated British Cinemas and designed by their architect William Riddell Glen. It has a fine stone façade. Large for an ABC (2404 seats), in 1976-77 it was subdivided as three cinemas, with bingo at stalls level where the Compton organ, very unusually, survived - for broadcasting - until removal in 2006. The independent operator Reel took over the cinemas from 2006, but the building is currently threatened with redevelopment for a hotel and student accommodation. 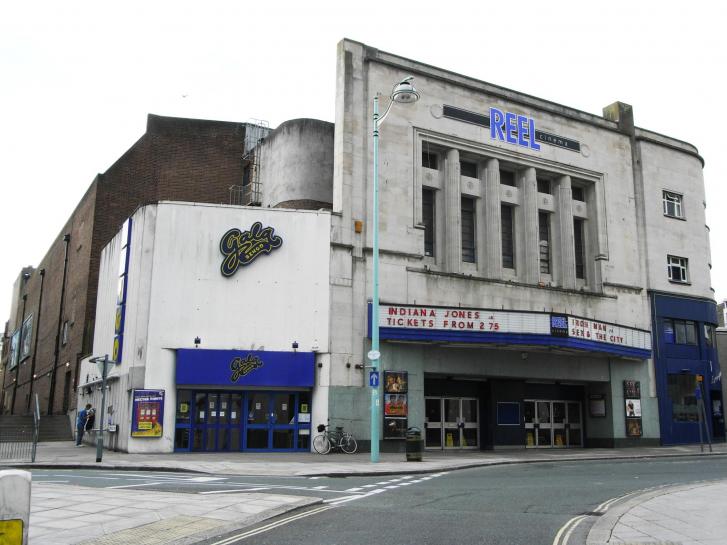